So who hasn’t nearly swooned during scenes from Diana Gabaldon’s Outlander series? Though the epic is a tad melodramatic for me, I am grateful to Clare Randall Fraser for popularizing the healer character in popular fiction. Though it’s a role we somewhat expect from historic women, there aren’t many, beyond professional nurses, whose entire survival depends on their ability to heal. This is, I hope, a distinction my own healer character might distinguish for herself.

I have been looking across recent titles for characters who share medical knowledge with leadership, especially the leadership that aids in the evolution of communities. Of recent examples, I’d like to single out these titles that have been particularly inspiring to my own work.

Geraldine Brooks, People of the Book 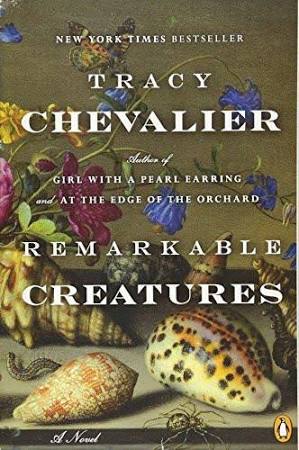 Helene Wecker, The Golem and the Jini 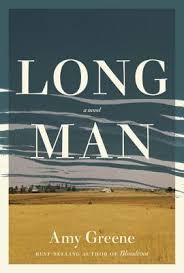 What these titles have in common is, initially, an arresting sense of place. All of the locations are utterly transporting — Tracy Chevalier’s coast of Britain, Joanne Harris’s Angers, France (where I spent my sophomore year in college!), Anne Hite’s Carolina mountains. You feel you have turned into a tree on those slopes or an insect on that beach. Besides the encyclopedic detail each of the authors includes, their protagonists are true originals. Some barely survive their husbands (Ghost on Black Mountain), others manipulate family members through psychological sabotage (Five Quarters of the Orange). You will find continual surprise with each title and a specific, regional quality in characters’ interaction with the natural world.

One of the areas where I, as a researcher, run against roadblocks is how historic women (especially poor women) managed domestic space. Though a few museums exist in Provence with collections of 18th century farm equipment, their houses are hard to find anymore. Most pre-18th century rural homes fall into disrepair, become shelters for animals or undergo alteration for the tourist trade. It’s extremely uncommon to find a farmhouse with its original outbuildings and land from the age I write about (1630s). The oldest housing type I’ve been able to find beyond medieval fortress, church, pre-Christian holy site, or Roman ruin has been the mas (pictured above). Historian and vintner, Marcel Koning, describes the mas this way:

The mas of Provence and Catalonia always faces to the south to offer protection against the mistral wind coming from the north. And because of the mistral, there are no windows facing north, while on all the other sides, windows are narrow to protect against the heat of summer and the cold of winter.  The mas found in the mountains and in the Camargue sometimes has a more complex shape.
The size of a mas depended upon the wealth and number of its original occupants: from 150 square metres to over 1,000 square meters, including the barn and other structures. As the family grew larger the mas would be made longer to accommodate them. When a mas is small, and is occupied by a single family with a small area of land, it is called a mazet, or petit mas.
In recent years the traditional mas of Provence and Catalonia have become much sought after and transformed into expensive homes and vacation homes.

I’ve researched images of this house style recently, and there is some good news. Among wealthy tourists, they are plentiful and popular. The oldest examples are from the 18th century and they do retain similarities with their 1600 forebears: the same dry stone, timber roof, south facing windows, thick insulating walls. Here are some before and after images of mas renovation via the building company Blanc & Blanc http://www.construction-renovation-provence.com/en/portfolio-posts/restauration-ancien/

I like to think of my character, Irene, having a glass of pastis here on the sunny lawn. However, her village is higher in the mountains, near to Swiss border. Like the Swiss, the villagers of high Provence built rural homes with higher pitched roofs to resist snow accumulation and used timber more in their construction than dry stone.

If any of you have been inside one of these structure and have a memory or a photo, send it to me! I fear it will be ten more years before I venture to the mountains of the Haute Provence, myself.