Among my current tasks to prepare my historic novel manuscript for its final edit, I need to locate some of the foodstuffs my protagonist, Irene, would have had available in 1630. To that end, I have found a

translated handbook, the Viandier of Taillevent or “The Meaty Wind-slicer,” that was compiled for the benefit of courtly chefs somewhere in the first half of the 16th century.  It combines advice to the up- and-coming cook on how to prepare meals for a wealthy patron and his guests, how to manage staff, oversee budgets, maintain quality, oversee la chasse, and avoid burning the house down.

Though my healer/protagonist does not prepare meals for an aristocrat, as does the author of my source material, she would have made use of local flavors, including the lemon, which grew in nearby villages like Menton. (Lemons came to France via Italy and Spain, where Arabic growers cultivated lemon trees in royal gardens)  So while chick peas and flat beans were a typical peasant supper throughout rural France, meat, fowl, and fish did eventually reach working class tables. On a feast day, if on no other.

Lemon chicken is one I found in the cook book of the 1550s, and one such preparation follows.

Translation: (from The Medieval Kitchen: Recipes from France and Italy)

Cut chicken into 8 pieces (2 drumsticks, 2 thighs, 2 wings, 2 breasts) and season with salt and pepper. Heat oil in a dutch oven or 6 quart stock pot. Brown chicken in oil, turning at least once to brown each side. Remove chicken and set aside. Add onion to oil and saute until translucent. Add remaining ingredients, and reduce heat to simmer. Let stew until chicken is tender.

Another source I found extremely useful for my research was the encyclopedic site, http://www.medievalcuisine.com compiled by Cassandra Baldassano and Karen Mace, two historian cooks and members of the Society for Creative Anacronism. From their site, I include below a meat recipe that just plain made me giggle:

I will have to put one or both of these on the menu at my own house, soon.

The Humors in Renaissance Cookery

Both the Anacronist researchers and the Taillevent author describe their cooking in terms close to those of Medieval physicians. Food had to be prepared as you would a medical cure — in collaboration with the eater, in concert with her humors. Chefs, like apothecaries, understood the humors of each game animal and cooked in strict adherence to rules established for maintaining humor health. For example, beef was known to have both wet and warm humors. Therefore a chef could not roast its flesh (roasting was a dry, warm method). The cook would have to boil beef, thereby applying heat via warmth AND moisture. Only with boiling could the humors of the beef mix properly with its eater. Pork, a dry, warm animal COULD undergo roasting, however. The absence of water in the preparation of pork was entirely fitting. And necessary.

No meal is complete without something sweet on the tongue, and diners of 1630 thought so too. Here is a wonderful preparation for plum-frangipane tart that I found from a modern Renaissance cook on her blog,

My next area of study is 16th century costume. After I’ve absorbed sufficient details for a post, I’ll write from that research as well! Meanwhile, enjoy these hats and feathers. 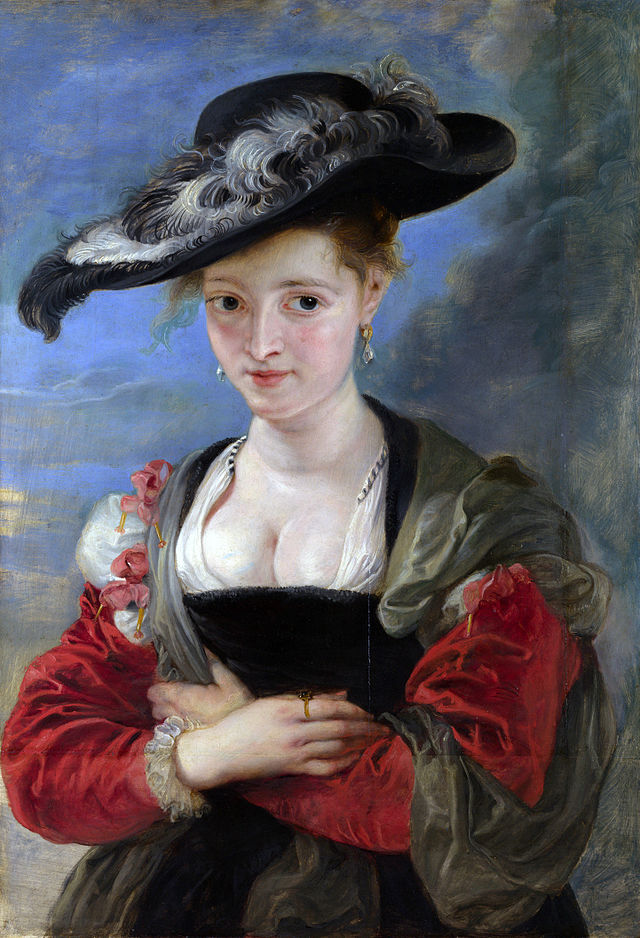